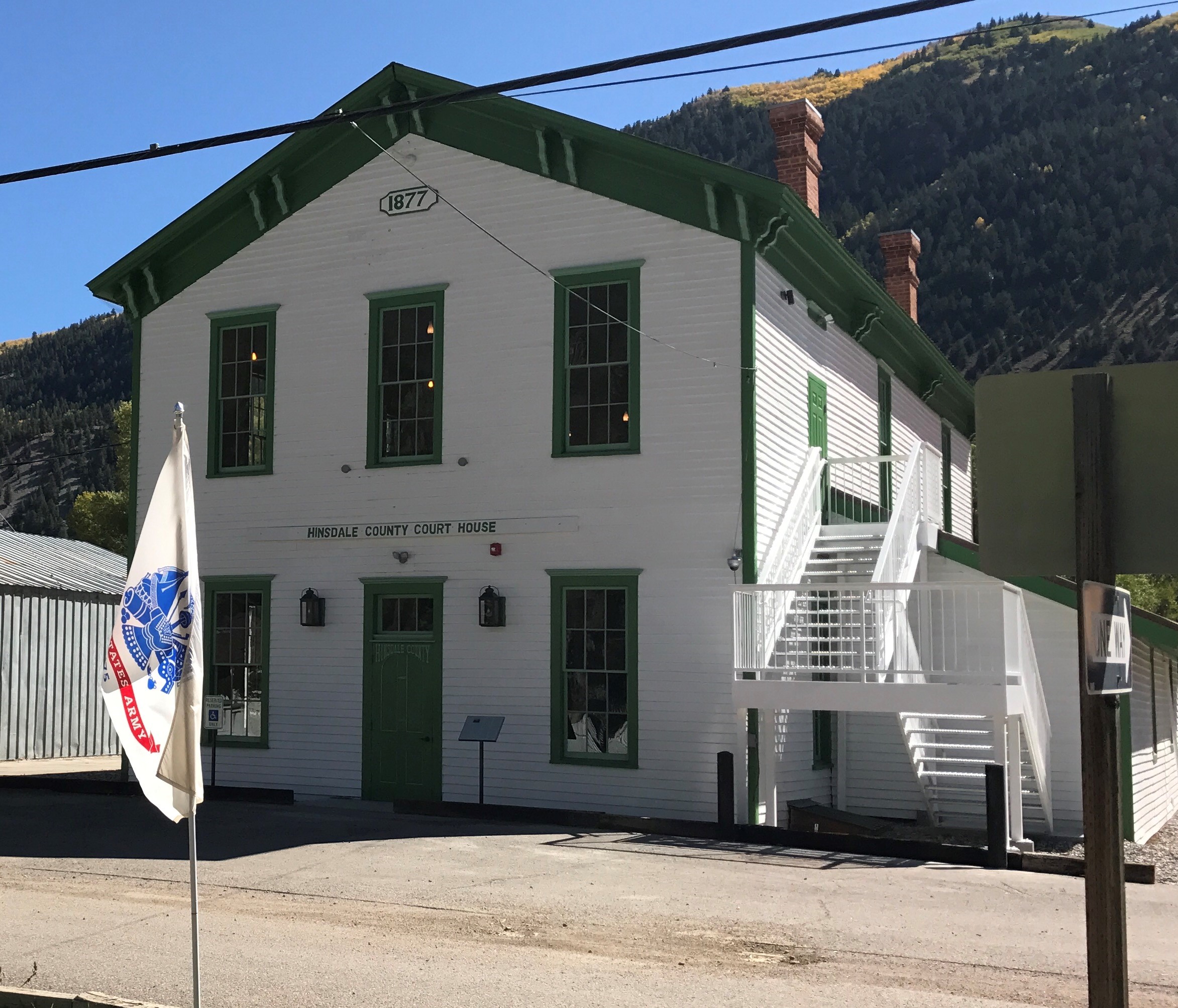 The Hinsdale County Courthouse is associated with settlement and development of Lake City during the late 1800s mining era. It is significant for its role as seat of county government since its 1877 construction. A seminal event in the buildings history includes the September, 1877 appearance of suffragette Susan B. Anthony. Anthony came to Lake City as part of a state-wide speaking tour and spoke to a capacity audience on two successive nights. Anthony was scheduled to speak in the upstairs courtroom of the courthouse but was obliged to exit the over-crowded room and instead make her address from the courthouses east entrance facing Henson Street.

The Hinsdale County Courthouse is Colorado's oldest courthouse which continues to be used for its originally intended purpose and a rare surviving example of a frame courthouse building. It is also a well-preserved representative of the local interpretation of the Italianate style constructed in Lake City during this period, as reflected in its clapboard exterior, bracketed cornice, cornerboards, friezeboard, transoms, and narrow windows with crown molding. The courthouse remains relatively unchanged since Anthony addressed miners on the importance of extending the vote to women. The interior maintains and uses its original furnishings, present at the time Anthony made her address. The upstairs courtroom continues to be used for periodic County and District Court functions. The first floor is the location of the county Assessor, Clerk and Treasurer. The courthouse is listed as a contributing element of the Lake City National Historic District and has been deemed eligible for individual listing on the National Register.

In September, 2017, a multi-year restoration project was completed on the building which included adding a foundation, structural repair, new insulation, exterior painting, historic window rehabiliation as well as extensive interior restoration to return the courthouse to its original historic appearance. The project was made possible with funding from Colorado State Historic Fund, Colorado Department of Local Affairs and Colorado Underfunded Courthouse Facility Commission, as well as funds from Hinsdale County and many, many private donations.

As a county maintained and public building, the courthouse is open five days a week and used extensively throughout the year. The upstairs courtroom is accessed by the original curved wooden stairway and is not handicap accessible.